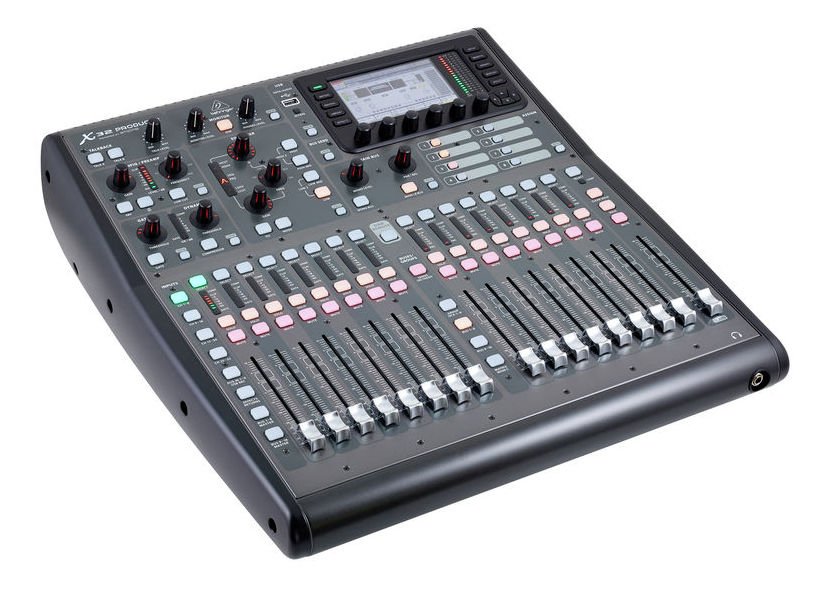 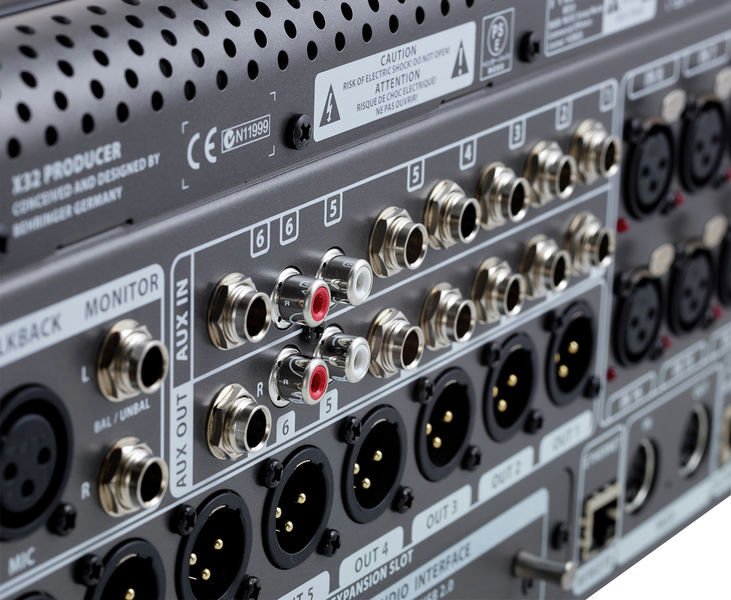 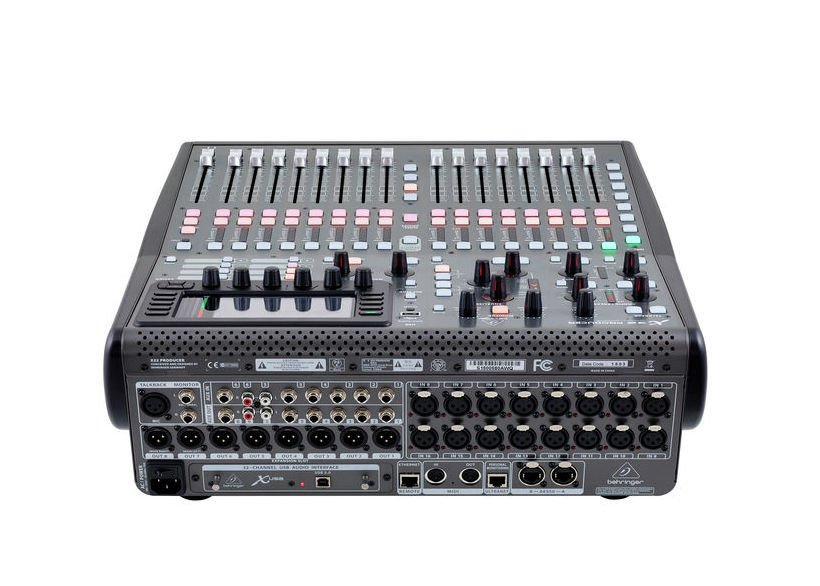 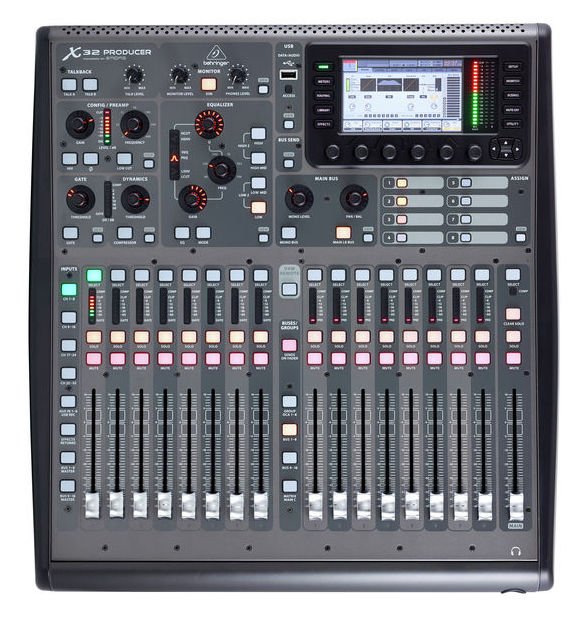 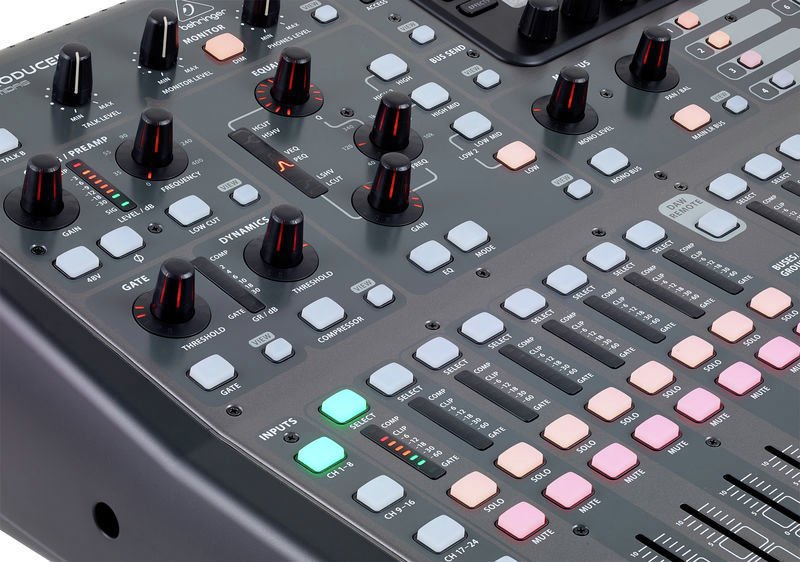 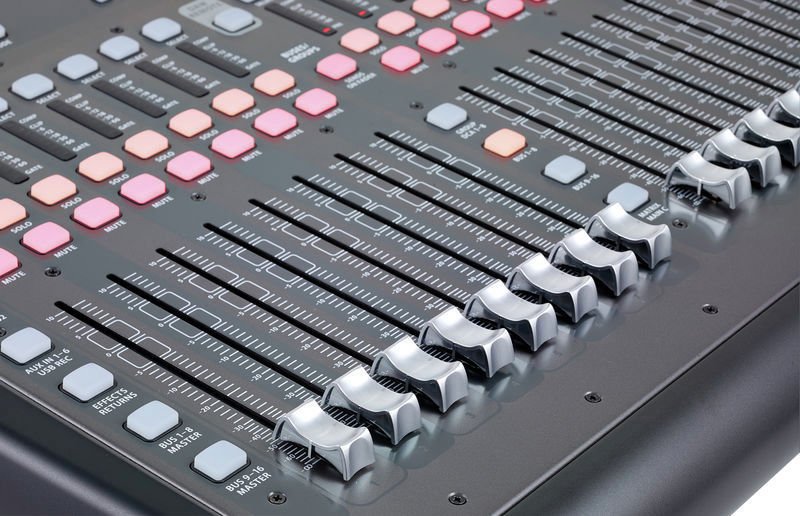 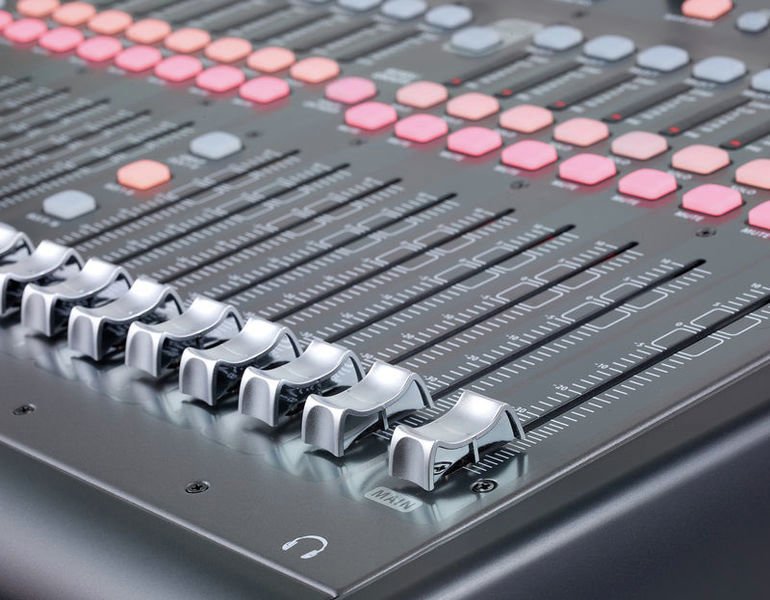 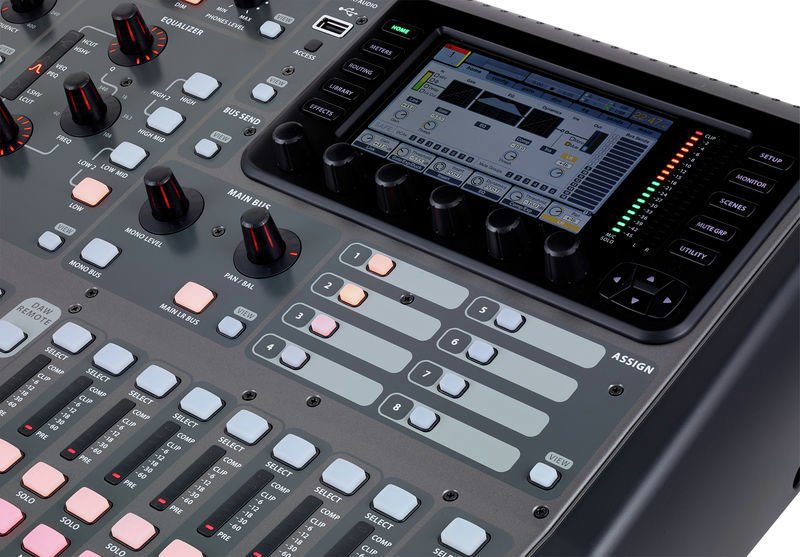 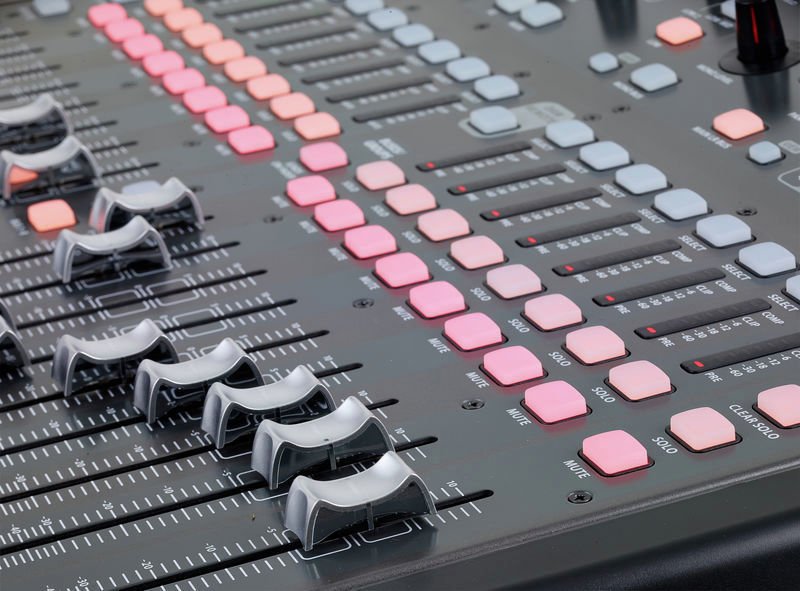 Impressive flexibility for its size

The Behringer X32 PRODUCER digital mixer boasts massive I/O for its compact size. Fitted with 16 great-sounding programmable mic preamps, eight XLR outputs plus six additional line I/O, two headphone connectors, and a talkback section with integrated or external mic, the X32 PRODUCER lets you do sizable shows without fear of running out of I/O. A built-in expansion port for audio interface cards or digital networking bridges expands the X32 PRODUCER's functionality as needed. Got a really big show coming up? The X32 PRODUCER is It's 96 x 48 digital snake-ready via dual AES50 ports, letting you use inexpensive CAT 5 cable to run your I/O (you can chain three S16 Digital Snakes off each port). This protocol features KLARK TEKNIK's SuperMAC networking capability for ultra-low jitter and latency.

Behringer X32 PRODUCER digital mixer's 32 x 32 USB interface lets you record your tracks straight into your DAW. How convenient is that? Right out of the box, you get compatibility with ProTools, Logic, Cubase, Studio One, and nearly any other ASIO or Core-Audio compatible DAW!

With Behringer's X32 PRODUCER digital mixer, you can assign signals to eight DCA (Digitally Controlled Amplifier) groups, with simultaneous group level control via dedicated 100mm motorized faders. The X32 PRODUCER has a talkback section (with a built-in mic) that lets you communicate with the artists. The X32 PRODUCER's robust scene management lets you take snapshots of your mixes that you can recall later. You can even save them to a USB stick! What's more, there's a high-resolution 5" daylight-viewable color TFT display for easy viewing of your workflow components and parameters.