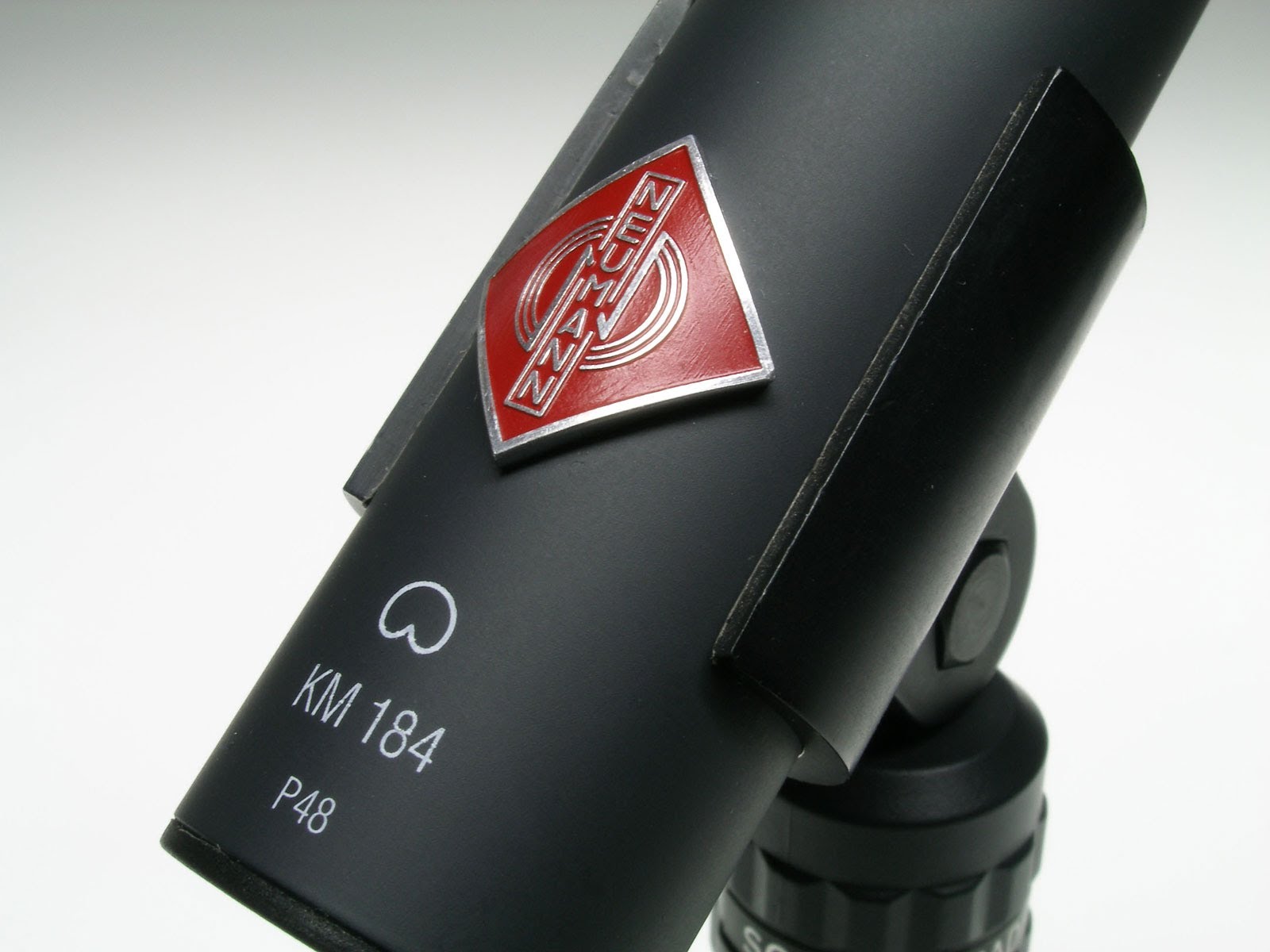 The "Series 180" consists of three compact miniature microphones with patterns that satisfy the demands of all common studio applications.

Because of its optimized mechanical construction and conscious omission of modularity, which is unnecessary in many cases, the "Series 180" is predestined for economy-minded production and home recording studios.

The KM 183 omnidirectional and KM 185 hypercardioid microphones are based on the tremendously successful KM 184 cardioid microphone, which has become a standard within the global studio community in just a very short time. All "Series 180" microphones are available with either matte black or nickel finish.
Applications
Their slender shapes and the transmission characteristics described below make the "Series 180" especially suitable for a very wide range of tasks in the radio and television sector.
Acoustic features
The KM 183 and KM 184 microphones are the successors of the well proven KM 83 and KM 84, which have been used since the seventies worldwide with great success. The KM 185 rounds out the series with a hypercardioid microphone.

The KM 183 is a pressure transducer with a boost of approximately 7 dB at 10 kHz in the free field. In the diffuse sound field it has a flat frequency response. The pressure gradient transducers KM 184 and KM 185 feature very smooth frequency responses not only for the 0° axis, but also for lateral (off-axis) sound incidence. In typical usage, there is no coloration of sound over a wide pickup angle.

Although the KM 184 has the same capsule as the KM 84, the microphone differs slightly on the 0° frequency response: The KM 184 has a gentle rise at about 9 kHz, a characteristic that was introduced very successfully with the KM 140. The result is a tonal balance that is fresher and livelier when compared to the KM 84 with its flat frequency response in that band.

This difference was achieved with just a slight change of the capsule’s rear opening, and is not due to resonances.

The KM 185 with its hypercardioid characteristic features attenuation of sound incidence from the side or rear of about 10 dB, with minimum sensitivity at an angle of 120°.
Electrical features
The "Series 180" microphones have the same transformerless circuitry as is used in the KM 100 system, resulting in excellent technical specifications:

Compared to the KM 84 the dynamic range of the KM 184 increased by 24 dB mainly through the reduction of self-noise level to only 22 dB (CCIR) and an increased sound pressure handlingcapability of up to 138 dB.

The microphones operate without any problems, even if the input of following equipment happens to be unbalanced, for example as in some DAT recorders.

The output of the "Series 180", as in all Neumann microphones, is balanced and phantom (48V) powered.
Economy
The "Series 180" is a good choice for all users who look for a high-quality miniature microphone, but do not need the complex, modular KM 100 system, which continues to be part of the Neumann product range.

The mechanical construction was simplified, for example, capsule and output stage cannot be separated from each other. For this reason the "Series 180" is an economical alternative without giving up the electroacoustic features the users expect from Neumann microphones.
Mikrofoni veliki izbor najbolje cene u Beogradu,kopletna ponuda u Lyra Style Beograd.