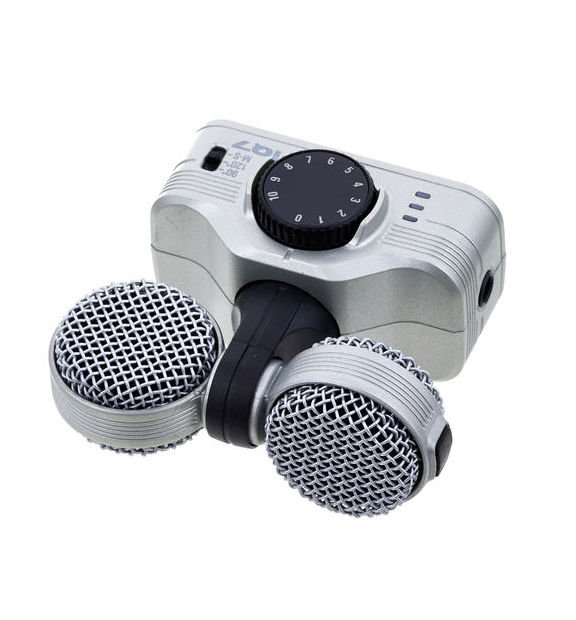 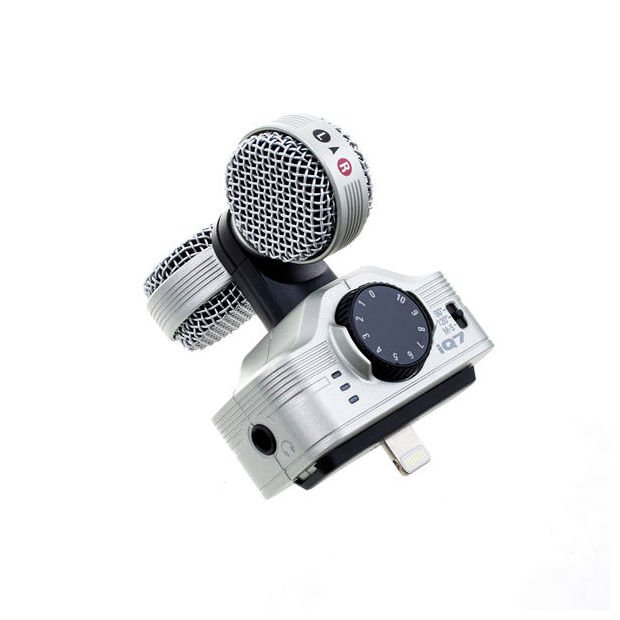 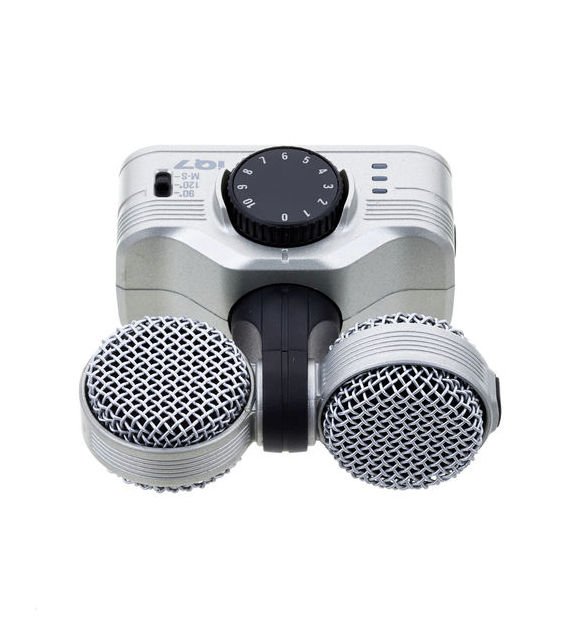 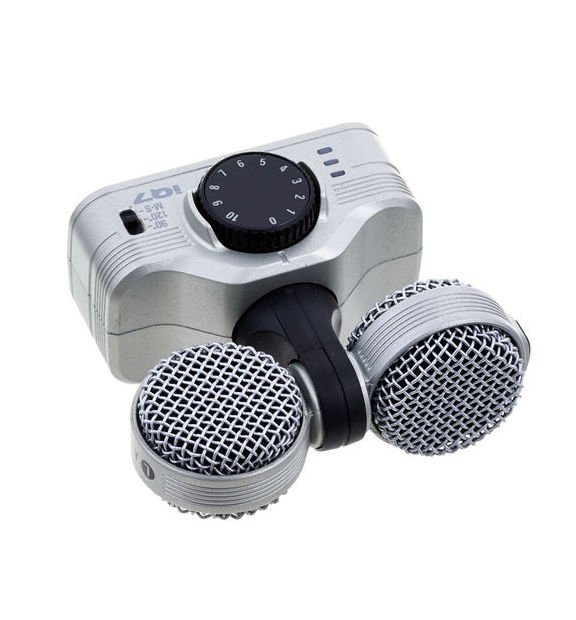 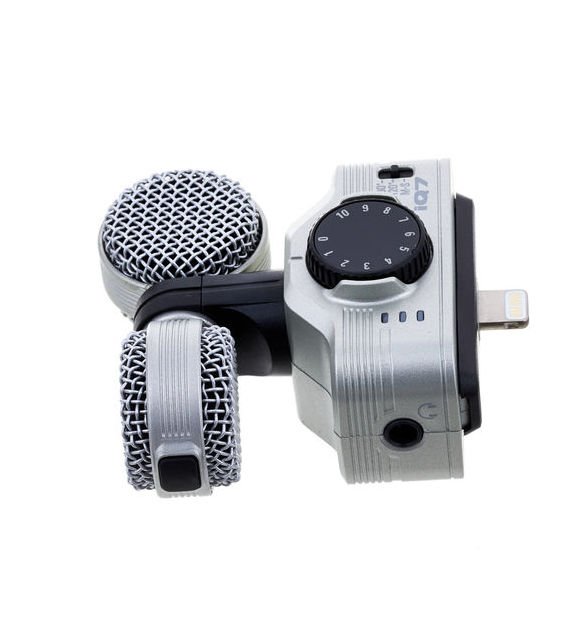 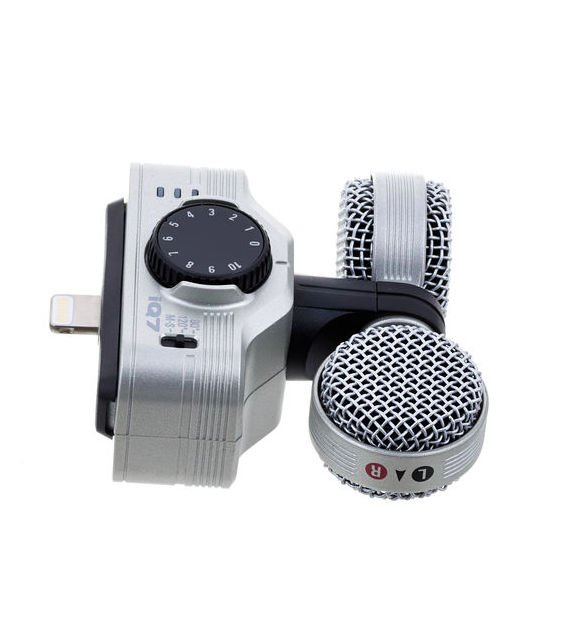 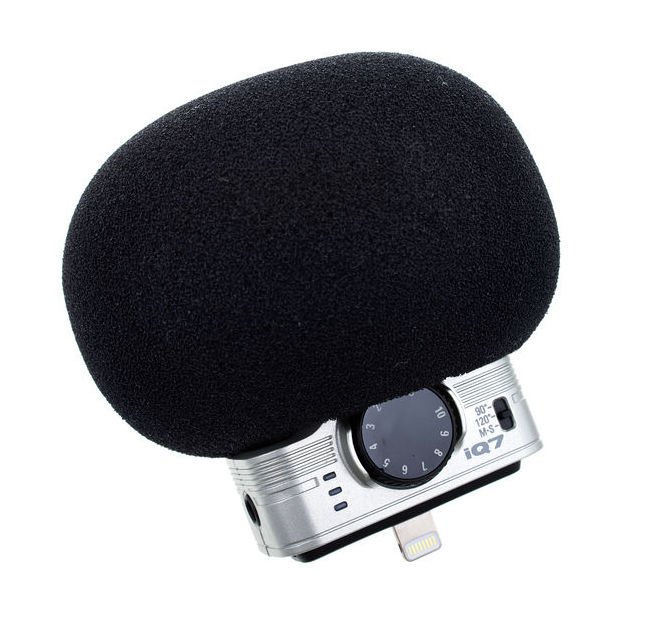 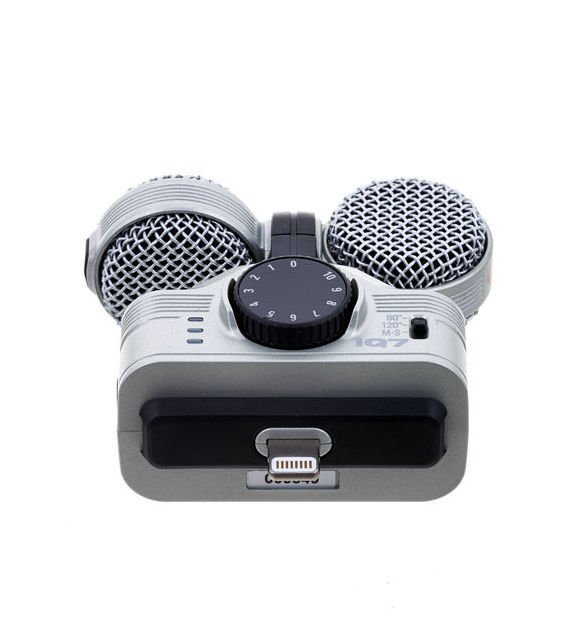 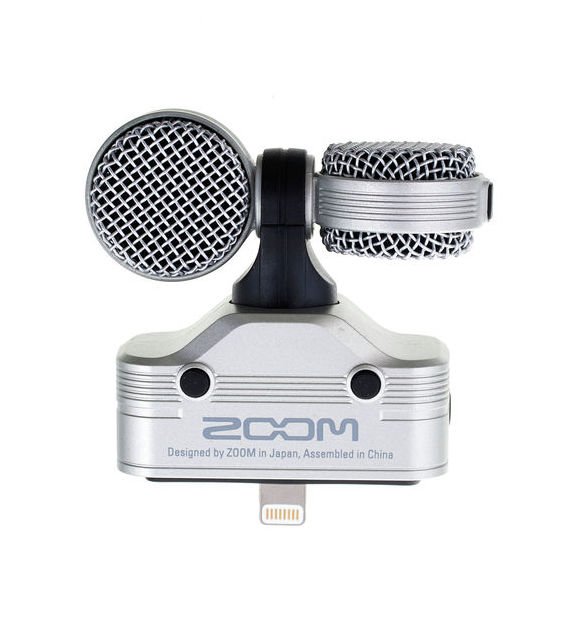 For the iPhone, iPad, and iPod Touch.

When you're ready to take your iOS audio to the next level, plug in a Zoom iQ7. This compact yet full-featured mid-side stereo condenser mic is perfect for capturing music as well as video with outstanding audio. With the iQ7, you can create great-sounding recordings on your iPhone, iPad and iPod Touch any time, any place.

Connect an iQ7 to your iOS device and prepare to make your mark on the world. Craft audio that makes a difference. Move from bystander to creator.

In addition, a dedicated headphone jack—which doubles as a line output—allows you to monitor your audio during both recording and playback.

A three-way switch allows you to select between 90° (to focus on sounds coming from the center) and 120° (for a wider image that includes ambience and room signal). A third setting, labeled "M-S," enables you record the audio "raw" and adjust its stereo width afterwards, using Zoom's free downloadable Handy Recorder iOS app.